I’ve been a loyal Nikon shooter since getting my first dSLR for my birthday in 2007, and I’ve since built up a powerful collection of great lenses for the Nikon DX format. But, technology marches on, and now that Julie has invested in the Olympus/Panasonic Micro Four-Thirds system it just doesn’t make sense to keep two collections of glass. I’ve decided to try and sell off all my Nikon gear that’s served me so well for so long to fund a migration to Micro Four-Thirds as well. I could list all this stuff on Craig’s List or Reddit (and I may still), but I figured I’d give my social network a shot at some killer gear at great prices before I hassel with selling to strangers. Read on for the details on what I’m selling, and for how much.

The D40 is an amazing workhorse camera that is capable of taking fantastic images even 7 years after its release. This model is the 6 megapixel version which is generally thought to capture better images than the later D40x update. Included is the first edition 18-55mm Nikkor kit lense (without Vibration Reduction). It’s a killer combo, and it served me wonderfully for many years. This combo regularly sells for $250 on Amazon Marketplace and Ebay. Factory charger and battery included, along with a second aftermarket battery.

Everything is in very good condition and 100% operational. Included is a Tiffen brand UV filter that’s always been on the lens for protection.

This camera has been my main photography tool for the past few years, and I love the combination of compact body and powerful features. It’s a very popular model that I call the blogger’s best friend due to the user-friendly, compact design. The 16 megapixel DX sensor is capable of great detail, 1080p video, and it actually has some useful on-board effects (the HDR bracketing is especially fun), and the articulated screen makes getting the shot at strange angles much easier. Battery, charger, and all (still sealed) documentation and software included (along with the strap and some cables), and all in the original box. This has been going for around $375 for the body only on the used market. Mine might be a bit on the dusty side, but it still is 100% functional with no scratches or dings.

The main reason I prefer Nikon over Canon is the layout of the controls and the menus. I think Nikon’s set-ups are far more intuitive and easier to use in the heat-of-the-moment.

This is one of the most popular Nikkor DX-format lenses for a good reason – it’s a blast to use (and it’ll make you a better photographer in the process). Without getting into details on the DX-sensors crop factor, the 35mm local-legth is very close to a 50mm focal length lense on a traditional 35mm film camera. It’s considered a “normal” lens that approaches the perspective of the human eye. The lens is great for low-light situations, and my favorite tech review website The Wirecutter called it the “low-price crown jewel” of the DX line, and the first lense you should buy for a Nikon DX camera. The lens retails for $200 new, and is a steal at that price. It holds its value very well, and the cheapest used options on Amazon are $175. I’m offering it for $170 with both end caps, the factory hood, and a storage bag (but no box or documentation.) Here are a few shot’s that I’ve grabbed with this great lens: 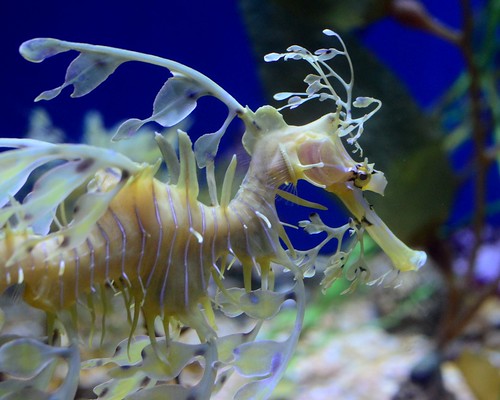 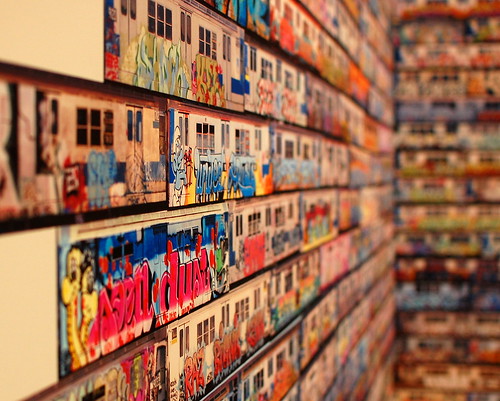 I love the bokeh that this lense creates

This piece of glass is fantastic, and it’s mounted to my D5100 85% of the time. It’s small, fast, pin-sharp, and creates great bokeh (that pleasing out-of-focus blur that’s so sought after).

This is the big gun. A macro lens with incredible close-up performance and a portrait-friendly perspective.  I flat-out LOVE to shoot with this lense, and with I had more opportunities to play with it. Here’s what the Wirecutter had to say about it in their article about the first Nikon lenses you should buy:

If you’re interested in macro work (which is honestly an awful lot of fun), you should give the Nikon 85mm f/3.5G AF-S DX ED VR Micro Nikkor lens a spin. It has a street price of $527. It has a minimal focus distance of just a shade under a foot, meaning you can get close, but don’t have to be right up in an insect’s grill to get a snapshot. It’s also a very light lens, with a built in vibration reduction, which is really important when working with such a tiny sliver of focus as you’ll see in macro photography.

I could keep gushing about this fantastic piece of glass, but I’ll just show you what I managed to get with this baby: 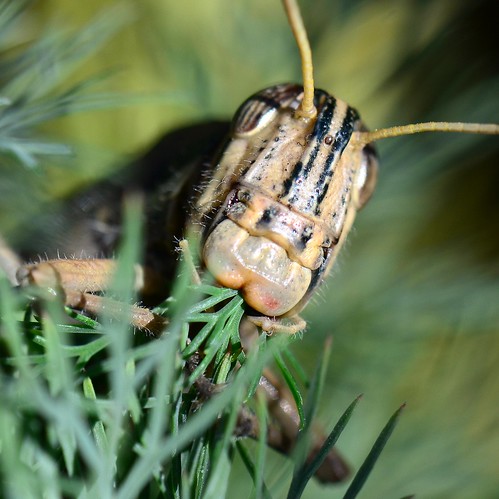 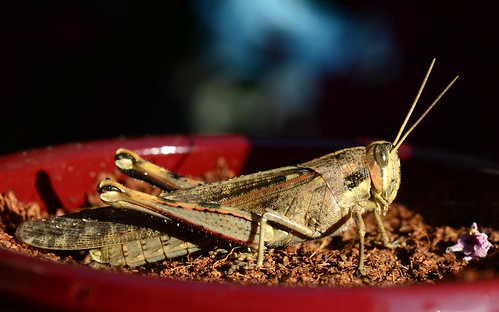 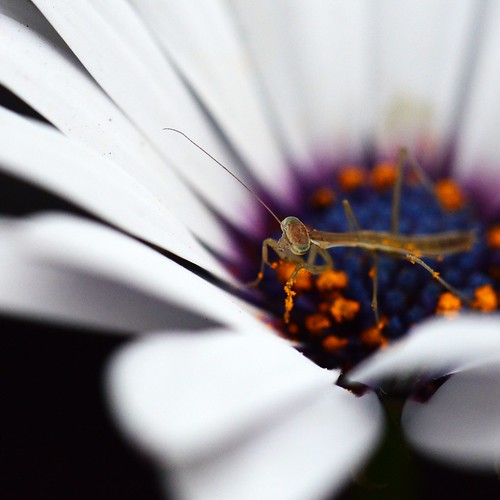 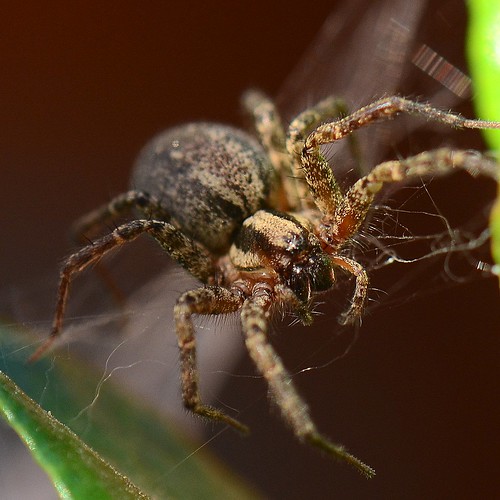 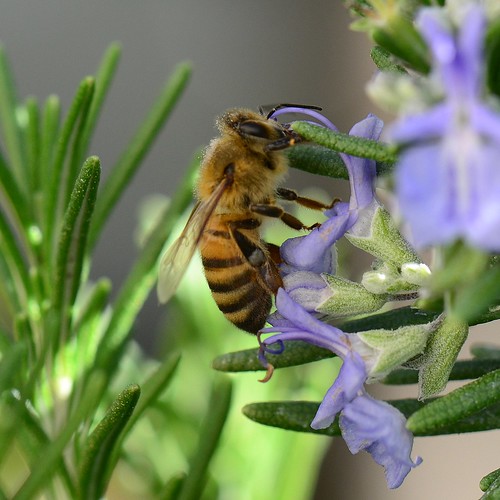 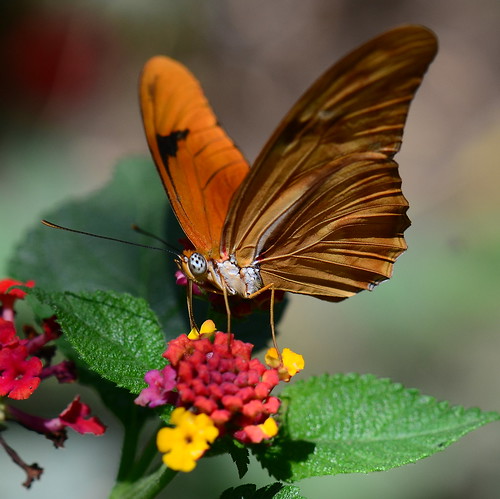 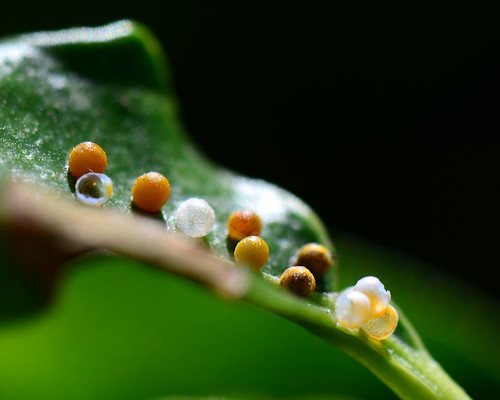 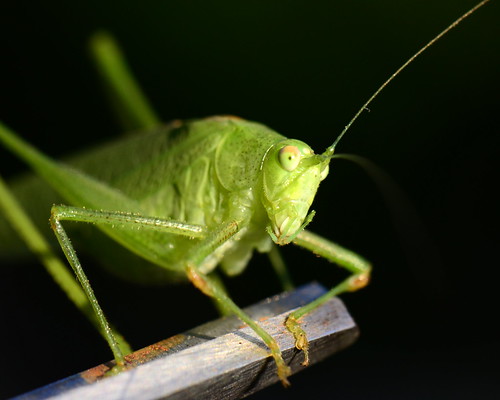 Click those to see the full-resolution shots over on flickr, and here’s a whole set of other macro shots from this lense here. Like all Nikkor lenses, the 85mm f/3.5 holds its value very well. My model is flaw-free in in great condition, and comes with a Tiffen brand 52mm UV filter (that’s been mounted since I removed the lens from the box on day 1). It also includes all documentation, a lens pouch, both end caps, the factory hood and the original box.

This is a superlative “walking-around lens”. While it may be a bit big, and a bit bulky, it covers everything from extra-wade angle 18mm to a 250mm super-zoom (that’s a 375mm focal-length equivalent in standard 35mm.) It’s got great image stabilization and a fantastic build-quality. I’m a big fan of Sigma brand lenses, and this beast as served me well everywhere from countless hikes, to Hawaii, to the Zoo, to museums, and even some close-up photography. To give you an idea of the zoom range on this lens here are three shots taken from the widest (18mm), the mid-point (115mm) and the longest zoom (250mm):

And here are some real world examples from a variety of zoom-levels from my past 4 years with this lens: 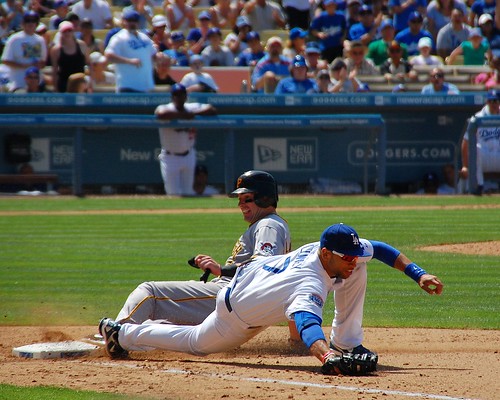 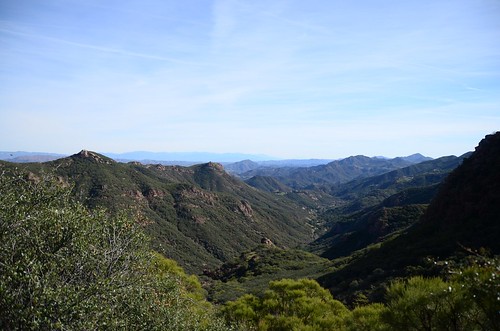 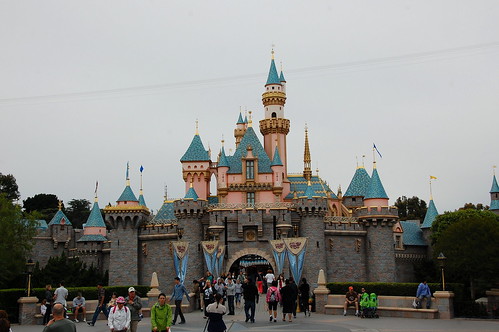 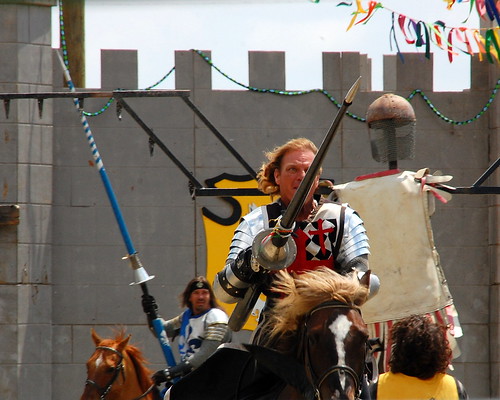 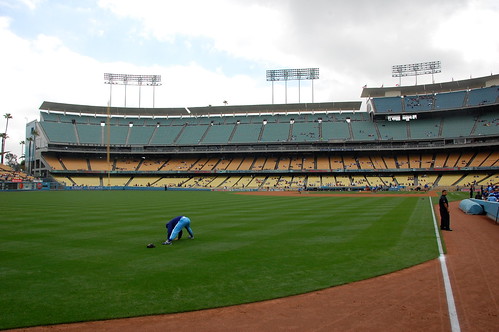 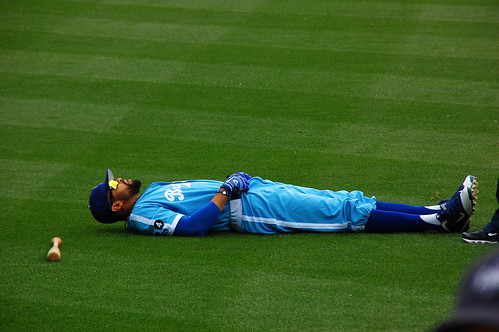 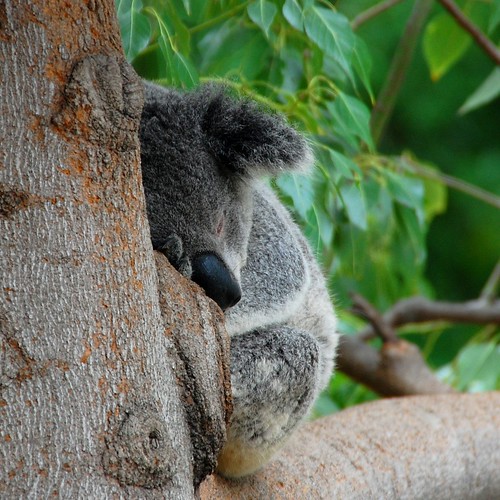 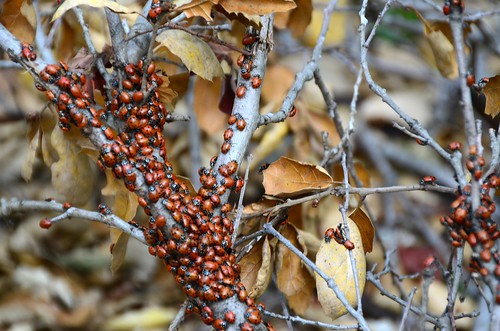 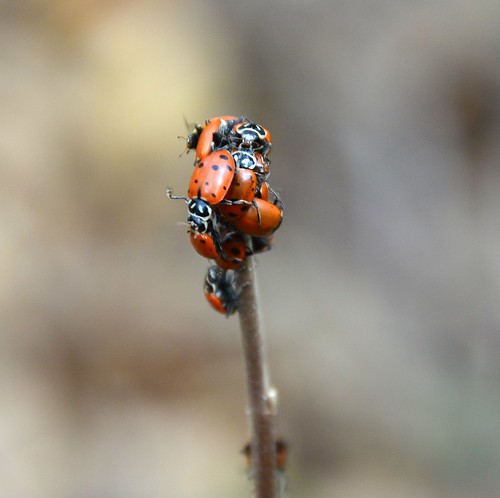 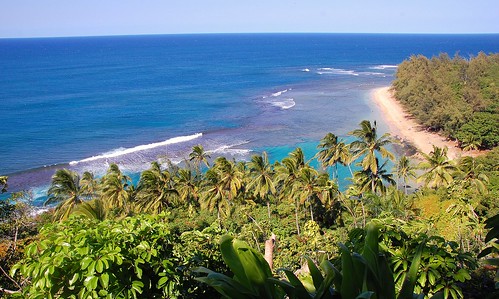 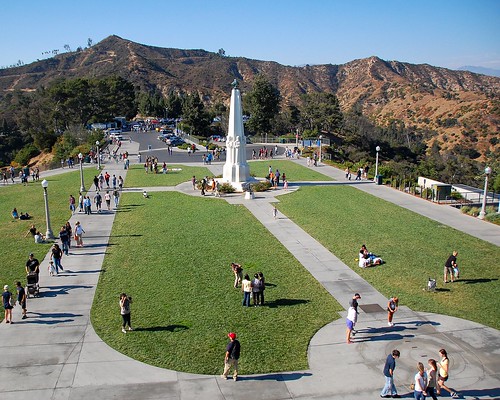 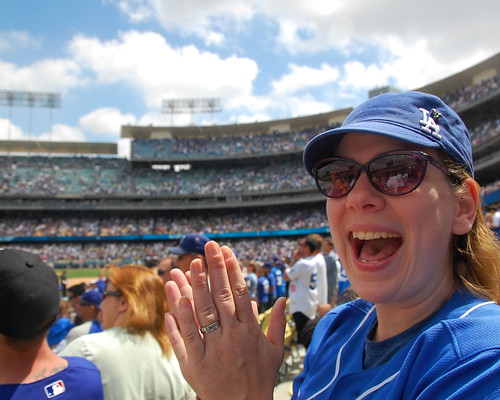 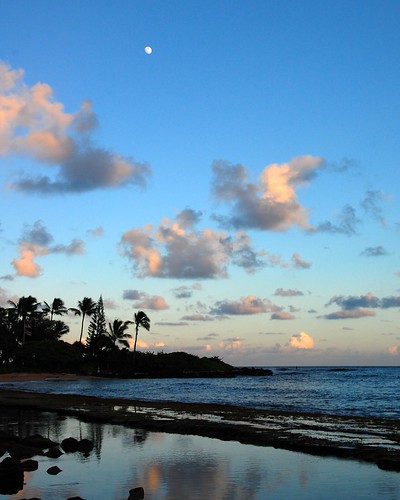 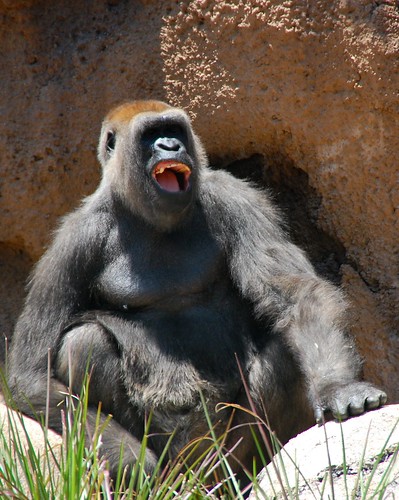 There are a bunch of versions of this particular lens out there. This is the one that I’ve got, and it has served me wonderfully for four years. It regularly fetches over $300 on the used market, I’ve set the price at $250 and am including the both end caps, the factory hood, original box, and a Zeikos 72mm UV filter.

This super-wide angle lens is my favorite lens pretty much ever. Something about using an ultra-wide angle lens is just SO much fun, and most other camera system only have very expensive options for such an extreme field-of-view. This was relatively affordable when I purchased it back in 2008, and it is such a popular piece of glass that it has only dropped about $50 in price over the past six years! The 10mm field of view is very wide, though there is very little distortion in the images (this is NOT a “fish-eye” lens!). Here’s a comparison at 10mm and the “zoomed in” 20mm focal length:

And here is the same point-of-view shot with the 85mm lens for further comparison:

I have a large album on flickr of my favorite shots with this lens, and here are a few others that highlight the lens’s versatility: 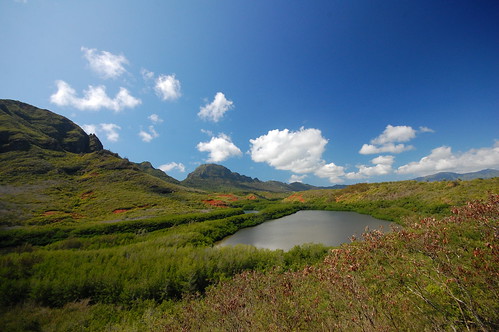 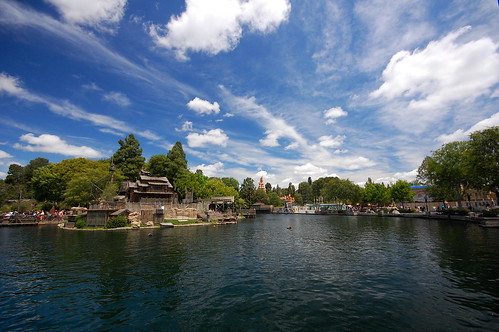 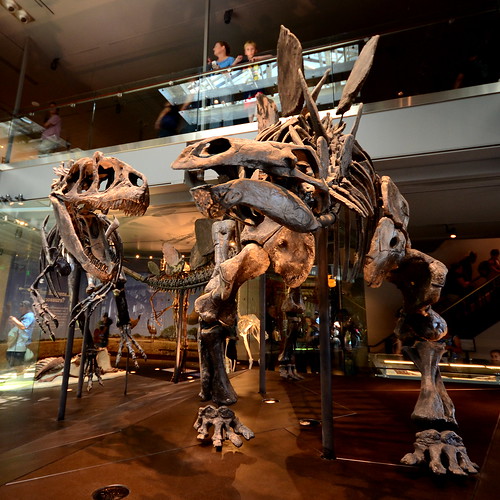 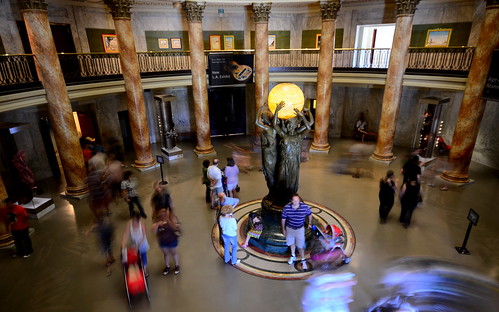 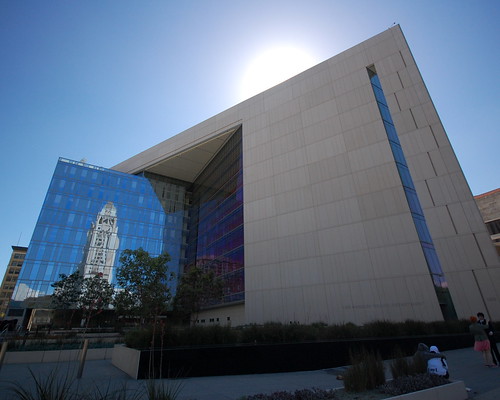 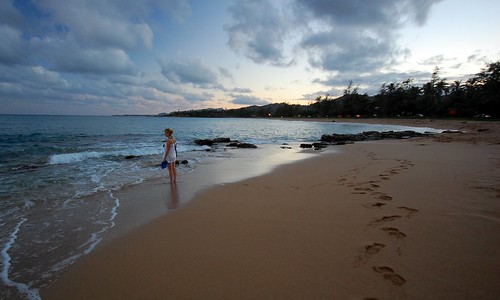 I flat-out LOVE to shoot with this lens, and it will be the #1 thing that I miss about moving to a different ecosystem. I’m offering the lens, caps, hood, zipper case, and OG box for $325 – and that is a steal!

Want to go from zero to fully-outfitted in one stop? I’ll let the whole kit go for just $1650, and I’ll throw in some miscellaneous bits and a kick-ass camera backpack to carry it all in. You’ll get:

Here’s the camera backpack loaded up. It fits the camera with attached lens and the three other lenses all in the padded bottom compartment leaving the top zippered area empty to store your lunch or whatever.

Have a question? Interested in any or all of the above gear? You can email me at verive@gmail.com, find me on Facebook, or call me if you know the number and we’ll work something out. Thanks for looking!